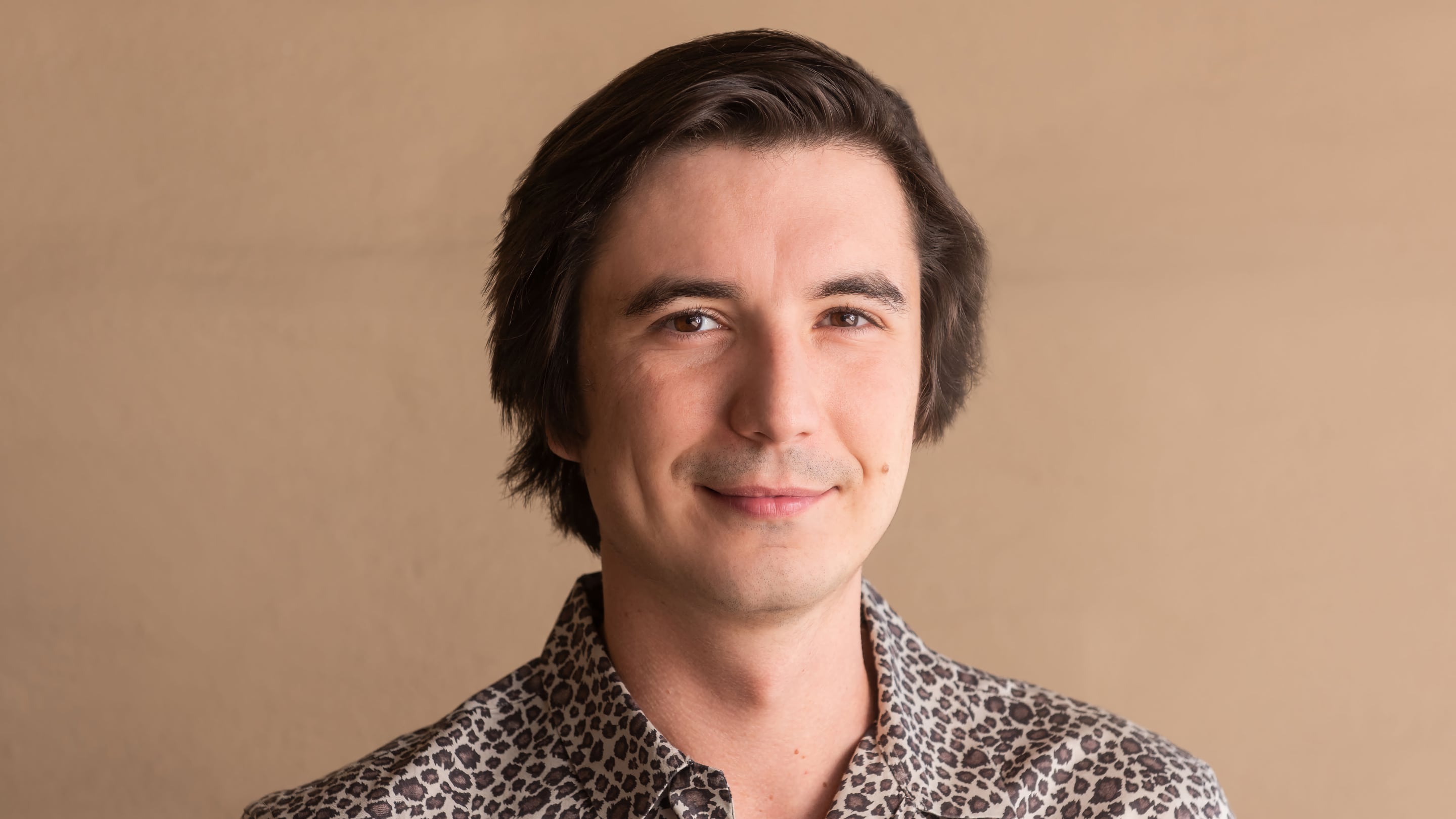 Vlad Tenev - The story of Robinhood's co-founder from Bulgaria

The early years in the U.S. were very financially challenging for him and his family.

Vladimir Tenev, a Bulgarian emigrant, is the co-founder of the investment and trading application, Robinhood. It is a free-trading app that allows exchanging of traded funds and cryptocurrency with no commission. Six years after Robinhood's launch, it's worth over $10 billion, with 13 million users in total. At 28, Vladimir was featured in Forbes magazine's 30 under 30 for finance and listed in Fortune 40 under 40.

Born in Varna, Bulgaria, Vladimir Tenev and his parents emigrated to the United States when he was five years old. The family settled in Virginia, where both of Vlad's parents, who were economists, worked in the World Bank - one of the largest financial institutions in the world. Despite this, their early years in a foreign country were financially challenging. Vlad recalled how his family feared the possibility of returning to Bulgaria because they didn't have enough money to support themselves.

Education in the U.S.

Because of their family's earlier circumstances, Vlad was urged by his parents to study hard because education was the only way to stay in the US, according to them. When he reached his collegiate year, Tenev went to Stanford University - one of the most prominent private institutions in the United States of America, to take up a course in mathematics.

Taking up this course, Vlad recalled how rigorous the education is in Bulgaria regarding subjects, especially mathematics and science. He grew up hearing from his parents how the curriculum is more solid in Bulgaria compared to the US. With this perspective surrounding him, Vlad enrolled at Stanford with a dream of pursuing a career in the academe.

During his stay at Stanford University, he also met Baiju Bhatt, whose parents were Indian emigrants. Bhatt recalled how he and Tenev formed a friendship because of their similarities - both are the only child in their family, have long hair, and are sons of immigrants.

After his undergraduate degree, Vlad entered the University of California to pursue his Ph.D. in mathematics while working as a graduate assistant in the university's math department.

As he started pursuing his Ph.D., Vlad encountered fellow emigrants at UCLA who were also studying for their Ph.D. He saw how hardworking these emigrants are and how they would surpass great heights just to excel in their endeavors. They would read the entire week and voluntarily use their weekends to do more work and learning. This instance was remarkably memorable for Vlad because his fellow emigrant classmates reminded him of his parents, who came to the US as graduate students. Being surrounded by passionate people, Vlad got himself reflecting on his passion - a career he could work on his whole life.

After deeply assessing his purpose and passion, Vlad abandoned his initial dream to work as a university professor. Nevertheless, he still earned a Master's degree in mathematics before dropping out of his Ph.D. program to join Baiju Bhatt in the business world. Vlad truthfully shared that entrepreneurship wasn't something he considered for his future as his parents raised him to work for prominent institutions. But while putting his trust in his deer friend, Baiju, Tenev confidently took the alternate road and join his friend to conquer the trading industry.

Baiju Bhatt, Tenev's business partner, had experience working in a small trading firm based in California. This previous experience then developed the foundation of Celeris, a high-frequency trading company he established with Tenev. Their second company, Chronos Research, is a software intended to make millions of trades per day by selling low-latency software to other trading firms and banks.

With the devastating financial crisis in the USA from 2008 to 2009, Tenev and Bhatt were in deep turmoil with their startup company. During the 2011 Occupy Wall Street movement, the two got even negatively accused with unjust profiteering. The Wall Street protest rose due to citizens' argument that wealthy corporations inappropriately use their money and continuously degrade those with a lower status in the economy.

The Founding of Robinhood

The failure of Vlad and Baiju was immemorable. Though they were working hard to establish themselves as entrepreneurs, they repeatedly faced losses that even Vlad’s parents got affected and worried with their son’s future.

With all the commotion and backlash they encountered, Vlad and Baiju did not stop moving towards their goal. That bitter moment turned out to be their inspiration to start their third company together, Robinhood. This time Vlad and Baiju were determined to make it. They definitely had to.

Robinhood is a commission-free investing app that gives investors - young or old, an opportunity to trade stocks, cryptocurrency, etc. What made Robinhood at par with its competitors? It all lies in its being user-friendly, fun, and free of charge. Robinhood aimed to differentiate among its trading competitors by providing a product that everyone would greatly benefit from.

In 2013, the trading application Robinhood got founded at the perfect time where financial technology was on a roll. Their discernment of building Robinhood was to provide a brighter image of the financial market. Back then, trading companies were perceived as anti-consumer, unnecessary middle-manning, deceitful, and lots more. With their remarkable proposition of objectives, the company gathered 50,000 people on their waiting list until 2014 came, the launch of Robinhood, and their waiting list reached an exceptional value of 1,000,000.

In 2018, just four years after officially releasing their application, Robinhood's valuation rose to $6 billion. And the following year, it reached another milestone, gathering a valuation of $7.6 billion with more employees working for their company and over 6 million active users!

The two surpassed the industry giants in just a short period and blew a massive impact on the Wall Street trading firm. Because of their company's mission to appeal to the young, inexperienced generation of investors, they were able to stand out amidst their proficient competitors. They were Silicon Valley's long-awaited answer to the growing problem of unsatisfied investors.

It is with Vladimir Tenev's story that we receive a reminder to continue despite the discouragements. As an emigrant himself, Vlad's journey was also greatly motivated by his fellow emigrants, especially during his stay at UCLA. Seeing how hardworking and impeccable the efforts of his fellow emigrant classmates are, Vlad was determined to take a path that made every single sweat worth it.

As emigrants and individuals, we also ought to think about impacting the world. It may either be by creating your own products, services, platforms, etc. We all have an equal chance to make an impact in this world. Now, we need to start thinking of how to do that.

Coming up against series of failures is something that Vlad needed to go through because, with these disappointments, he was able to create something extraordinary - a product that would set him apart from everyone else in the trading industry. His success is a product of invigorating life's "what-if's." He might not have considered entrepreneurship as his future, but his willingness to do something out of his league brought him to great heights. Vlad inspiringly shares that sometimes in life, we might have to deter from the norm or the familiar path and believe that our instincts would lead us to something better too.

Moreover, if you wonder how Vlad reached his epitome of success, there are probably a lot, but one thing to be mindful of to move forward is to become passionate. Choose an endeavor that you're passionate about. When you do this, expect that success will follow. You might not feel it right away, but it will.

Are you willing to go out of your comfort zone to do something different too?

How I Built This with Guy Raz