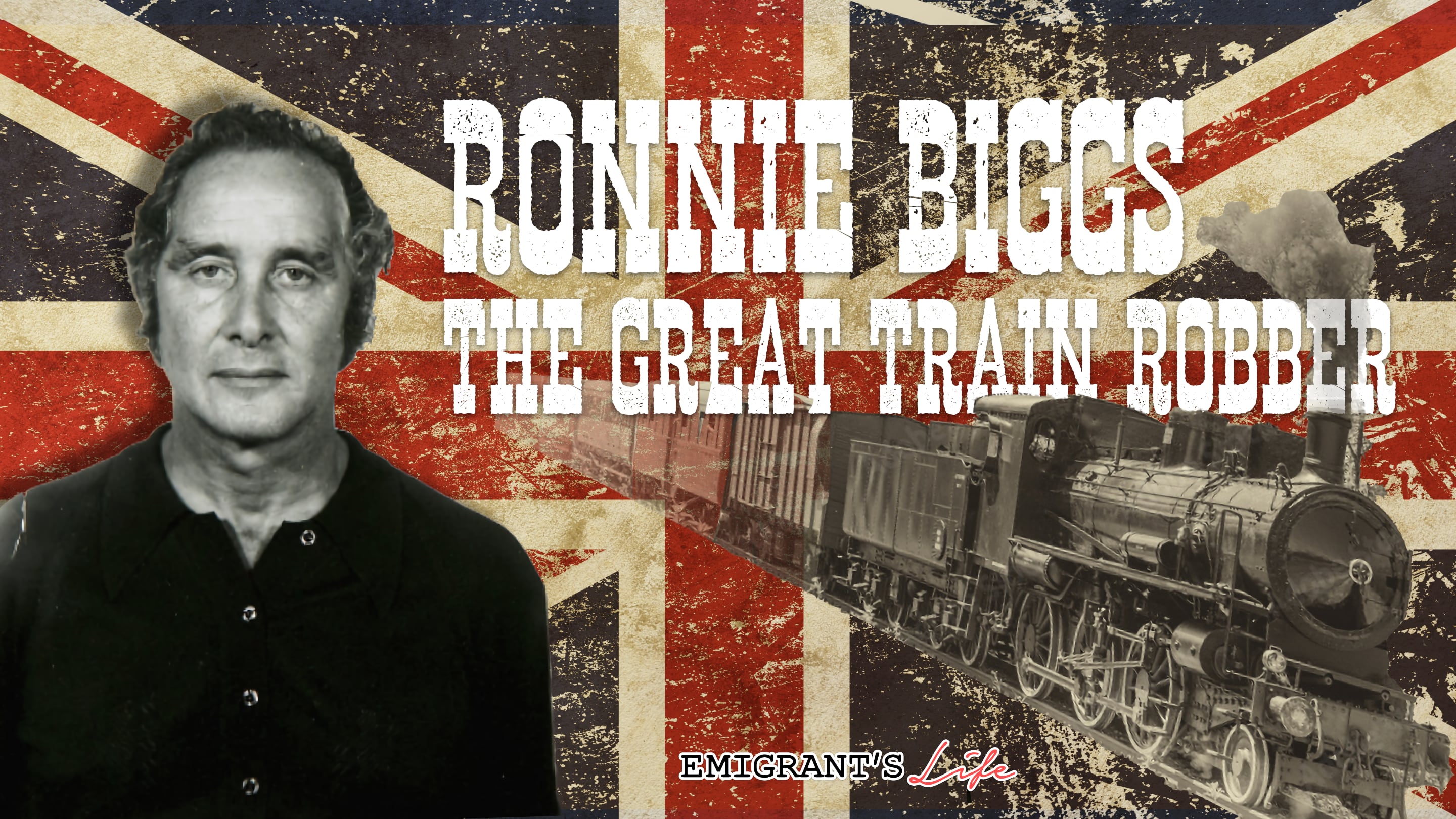 Ronnie Biggs' story as a criminal is so famous that his life even got featured in movies and books. He was indeed a blockbuster criminal, with his crime having a significant impact on immigration laws. Just a little disclaimer before you start reading this, we're sharing his story not to give you an idea or something, but because he's an emigrant with a notable account with regards to immigrational laws. Ronnie Biggs is an ill-famed offender that escaped imprisonment under Brazilian law. Even with his serious crime, Biggs enjoyed freedom in Brazil as he couldn't be detained in his country, England, because of his Brazilian son.

More popularly known as Ronnie Biggs, Ronald Arthur Biggs was born in London, England, on August 8, 1929. He was the youngest out of four children in his family, where their father worked as a bus driver with a strict authoritarian parenting approach. During World War II, Biggs was one of those individuals evacuated to West County for safety. During the Depression, Biggs got exposed to an environment where theft and shoplifting were ordinary, a hobby we can say. This was also his way to surpass his hunger and survive in a chaotic circumstance.

In 1942, Biggs was able to return home to England, where, unfortunately, a year later, his mother died. A few years after, Biggs got summoned in court for his continuous negligence. Despite his past, Biggs got to enter the Royal Air Force; not long later, he was dishonorably discharged and got convicted to six-month imprisonment. Biggs' disregard of the law did not stop there. After his release from prison, he was found guilty of stealing a car, and it was at this moment that led him to meet Bruce Reynolds - the mastermind of the Great Train Robbery.

Biggs and Reynold enjoyed each other's company. They liked the same things, enjoyed similar genres, and shared a romantic view of the world. The most memorable day for the criminal, Ronnie Biggs, might be August 8, 1963, where he, along with 16 fellow convicts, robbed the Royal Mail Glasgow to Euston night train and stole £2.6 million. Though Biggs and his 12 other allies got caught, he was able to escape prison using a rope ladder.

His escape began his venture on moving from one country to another. Biggs' first stop was in Paris, where he underwent plastic surgery, an exemplary way to make it harder for authorities to find him. After Paris, he ran to Adelaide then to Melbourne, but as the police got closer and closer to catching him, he flew to Brazil, where he was later caught but was not imprisoned. Now, if you're wondering why, here's the mind-blowing reason.

Biggs got to avoid extradition by the law because his Brazilian girlfriend was found pregnant with Biggs' child, and under Brazilian law, he got granted immunity from deportation. When his son turned two, Biggs' girlfriend left them for Switzerland and fathered their child alone. Biggs' son Michael became a pop singer in their country, giving Ronnie Biggs, a wicked criminal, a music career.

There were countless desperate attempts to put Biggs in prison. In fact, because of much desperation, Biggs got kidnapped by British soldiers, and he got dragged off to Barbados, an island country in the Caribbean, to bring him back to the UK. But this man, Biggs, he was more than lucky as a person! When turned in court for his case, Barbados seized the request for his deportation to the UK since the British soldiers illegally apprehended him.

Again, our intent for writing Ronnie Biggs' story was not to inspire you to live like him or give you any ideas for future references! Moreover, as we look into this interesting and unusual story, we want you to be aware of the relation between law and immigration. As emigrants, pursuing our dream of entering a new country will need extensive preparation and knowledge of the new world we'll enter into. Remember to always abide by what is right because life is best lived when you attain something because you worked hard for it. Never mind the forbidden shortcuts. Embrace the arduous route because when you do survive it, victory is much sweeter.